What should I expect after the treatment?

After any treatment, the patient will start a regular check-up program. The purpose of these checks is to verify your health’s state and the tumor localization site; during the visits the patients has the opportunity to ask questions and receive clarifications. So, during each control visit:

Can Desmoid Fibromatosis come back?

Desmoid Fibromatosis can return after the first-line treatment; in this case we speak about recurrence. In other cases, DF can remain stable for several years and then begin to grow. If you have a recurrence or the tumor should start to grow again, your Doctor will propose the most suitable treatment strategy, in agreement with the multidisciplinary team.

Due to its unpredictable nature, Desmoid Fibromatosis is followed through regular radiological examinations.

Radiological examinations are periodically planned and the latency between one control and another depends on the stage of the disease (progression, regression or stability phase).

Controls in patients with desmoid tumor tend to continue beyond 10 years because progressions have been observed over time, albeit exceptionally.

In some cases, patients must perform an early radiological check, especially for desmoids in critical anatomical sites such as the mesenteric intra-abdominal site or the head/neck.

Spontaneous regression is observed in about 20-30% of patients and late responses to treatments are defined as those responses that occur at the end of the treatments themselves.

The evaluation of the response to treatments or of the disease itself in case of spontaneous regression or progression in patients who make the observation, passes through the use of the RECIST criteria, which are the same ones that are used for the evaluation of solid tumors and which consider only the largest diameter of the mass. They are not ideal criteria for desmoid tumors due to their particular infiltration capacity, anatomical site, morphological characteristics and possible response to treatments.

Desmoid tumor is more common in young female patients during their fertile age. By studying desmoid cells, estrogen receptors are observed on cancer cells. This is one of the possible explanations why there may actually be a correlation between an hormonal state of pregnancy and fibromatosis, even if this type of correlation is not a cause-effect correlation.

There are different situations:

There is a considerable number of patients who have a diagnosis of desmoid tumor immediately after pregnancy or even during pregnancy. Typically these fibromatoses are in the context of the abdominal wall or near a caesarean section scar or on the rectus abdominis muscle. It is actually a very favorable localization, in fact the possibility of a spontaneous regression is higher than other ones and in case of need for treatment the success of a definitive treatment is around 90%.

Many patients diagnosed with fibromatosis are into their childbearing age, so often they wish to become pregnant. During pregnancy, the speed of growth of desmoid tumors can change: doubts and fears arise in these young women; each patient should contact their oncologist if they are planning a pregnancy.

Sometimes the tumor can grow up and then spontaneously regress at the end of gestation or, if necessary, treatment can be started at the end of pregnancy. It’s important to underline that there is a very low obstetric risk for both the fetus and the mother, if you have a pregnancy during fibromatosis.

In any case, DF does not represent a contraindication to future pregnancies.

Desmoid tumor and the use of the contraceptive pill

If possible, the use of other contraceptives than the estrogen-progestogen is therefore recommended. But if the pill is the only solution, this will be managed in collaboration with the trusted gynecologist.

FAP or “Familial Adenomatous Polyposis” is a rare hereditary disease that affects 1/15,000 births, it’s transmitted as autosomal dominant (for this reason the family history is sought) and it’s characterized by the early onset of hundreds of thousands of adenomatous polyps in various segments of the large intestine.

The treatment is surgical when polyps are more than 100 because, due to this great number, it’s difficult to be able to control them endoscopically, so it is necessary to resort to surgery that involves the removal of the entire colon, or of the colon and of the rectum, in case this is also affected. If FAP is not correctly treated, there is next to 100% probability of developing colorectal cancer, usually around 30/40 years of age.

FAP is a multisystem disease and, in addition to polyposis, it can involve other extra-intestinal manifestations, and in this case it’s called “GARDNER’S SYNDROME”: the main features are osteomas (especially of the skull and jaw), dental anomalies, congenital hypertrophy of the retinal pigment epithelium and desmoid tumors. Patients affected by Familial Polyposis have an 850 times greater risk of developing desmoid  tumors than the normal population, often after surgery to remove intestinal tracts due to the disease.

Recently it has been observed that patients treated with laparoscopically surgery, that is a minimally invasive technique, have a lower risk of developing desmoids, compared to a population treated with a classic open technique.

Therefore it becomes important that patients suited for a preventive surgery of colon removal, or removal of the colon and rectum, are treated with a minimal surgery because this could reduce their risk to develop desmoid tumors.

In these hereditary conditions desmoid tumors, compared to sporadic ones, have a different molecular pathogenesis due to the APC mutation.

If suspicion of FAP, to make the diagnosis it’s needed:

Symptomatology: symptoms may not appear for a long time since in the early stages the disease is asymptomatic; they include: rectorrhagia, mucorrhea and blood-stained defecations.

If the diagnosis of FAP is not known, the characterization of the tissue taken to make the diagnosis by mutational analysis, allows to discriminate the cases of sporadic desmoid tumor from those arising in FAP. 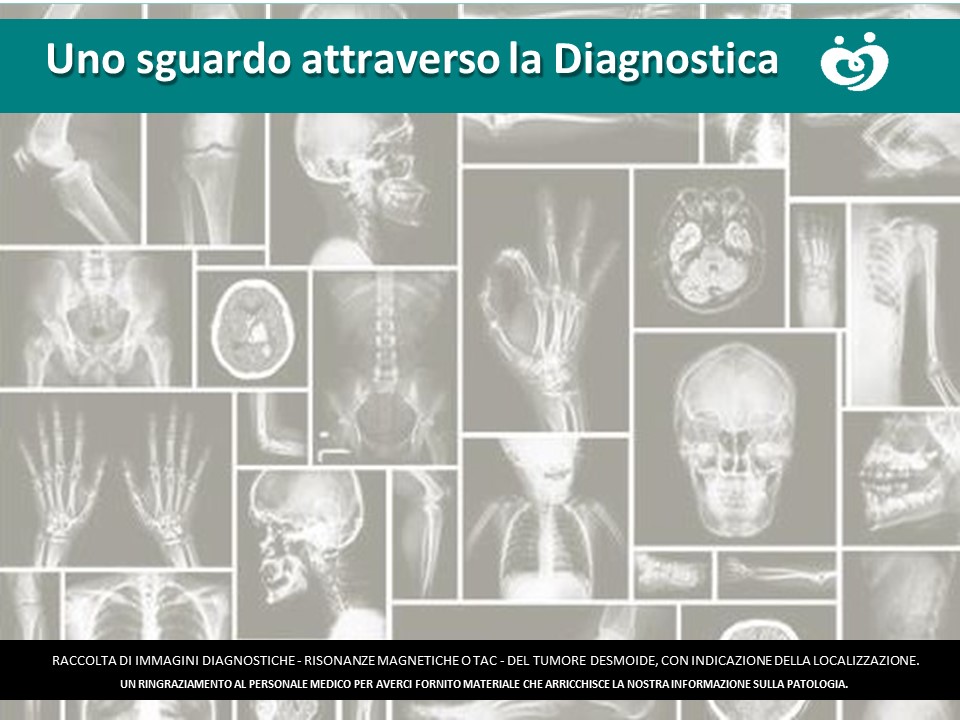 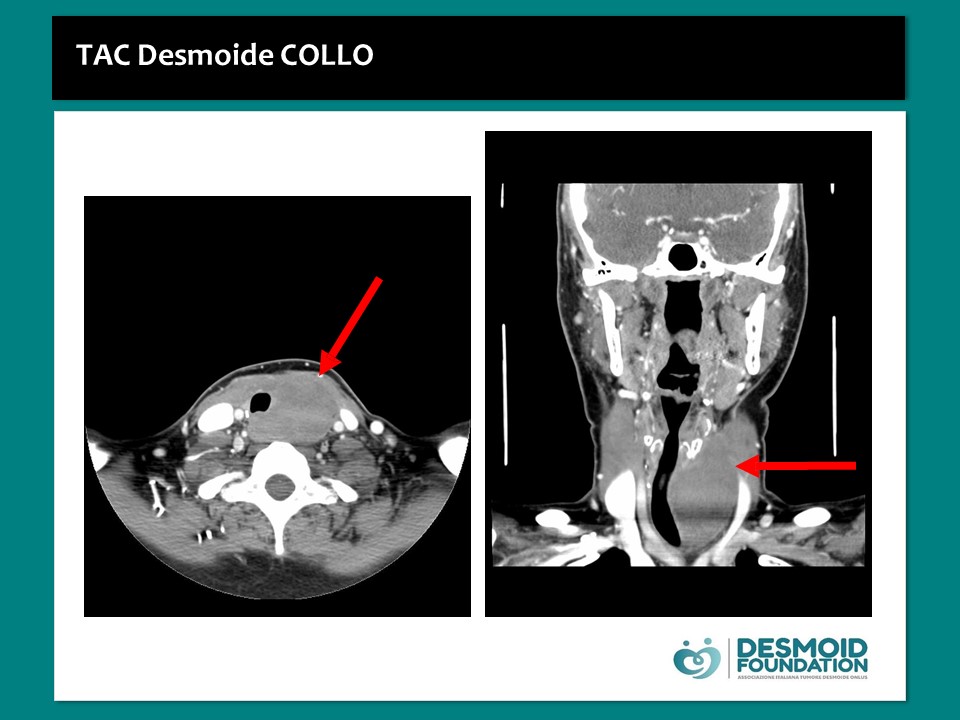 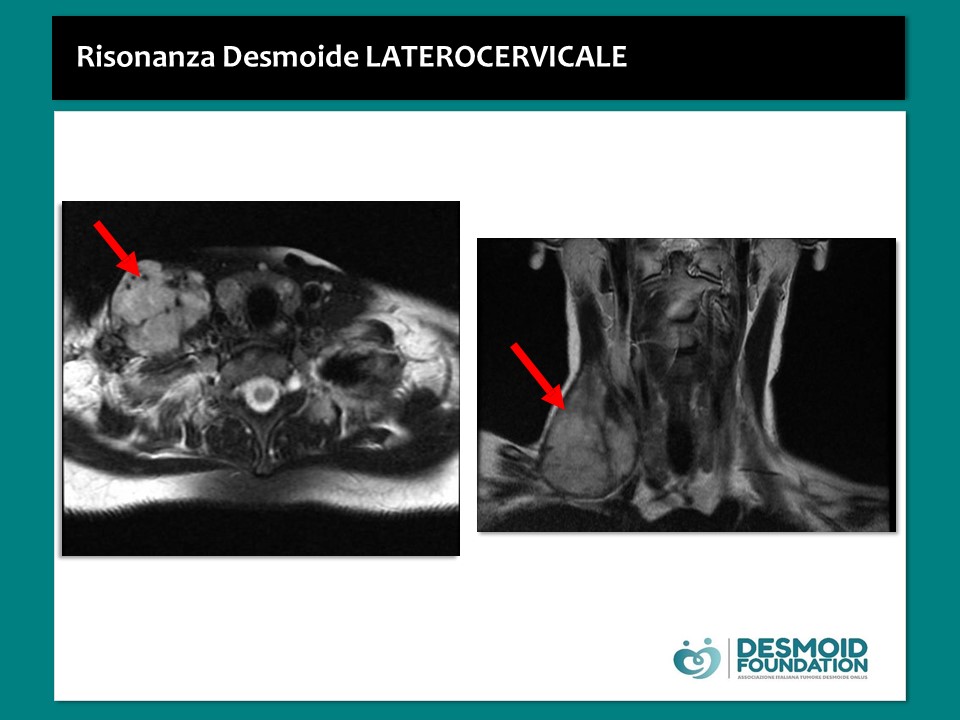 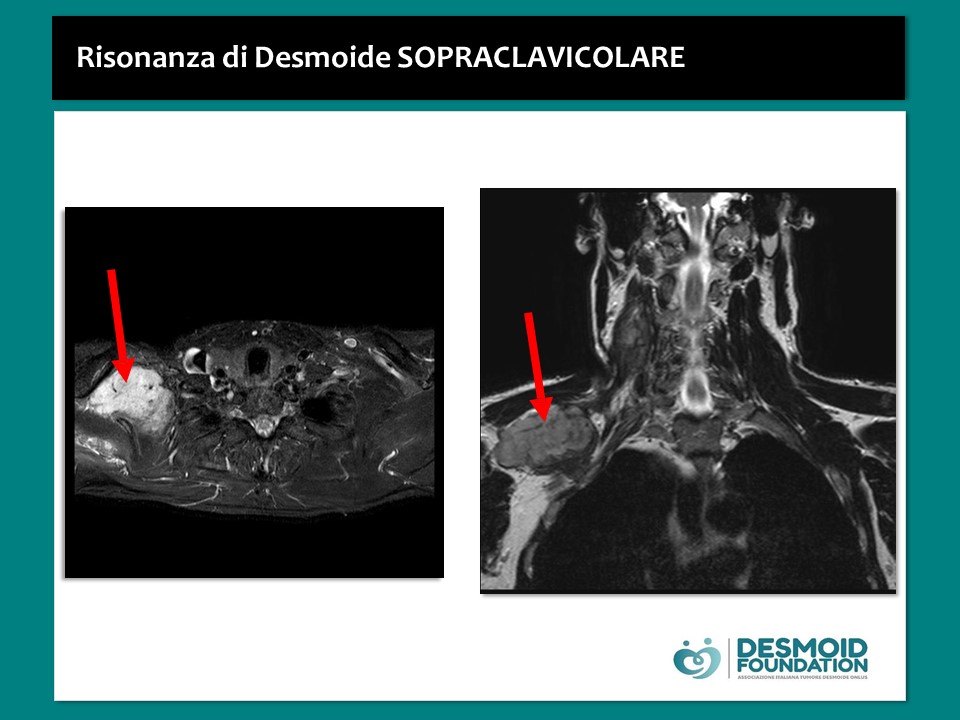 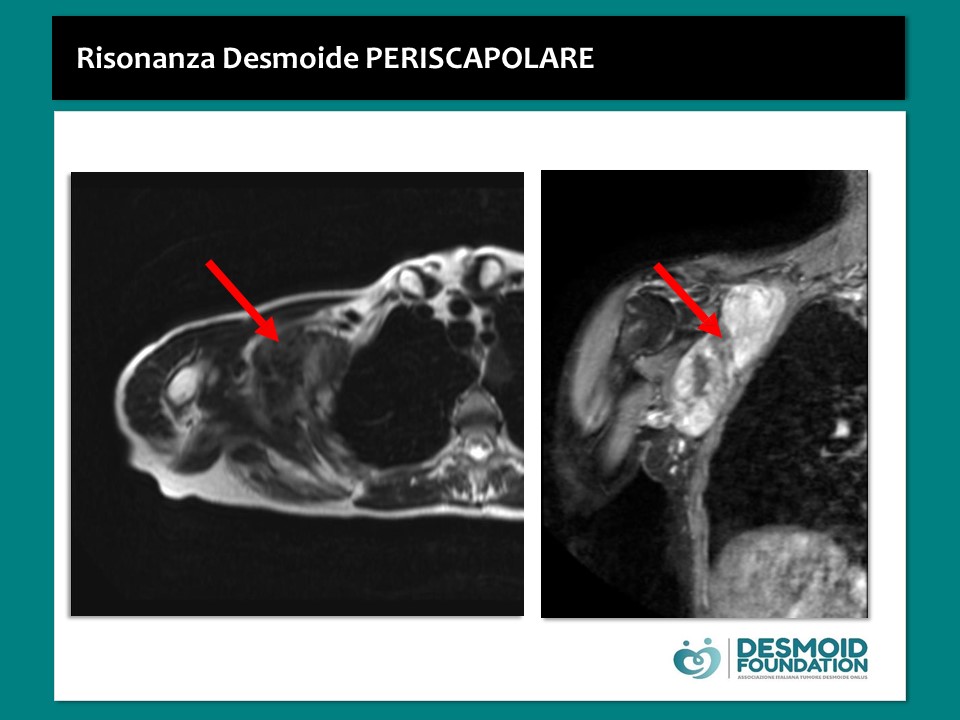 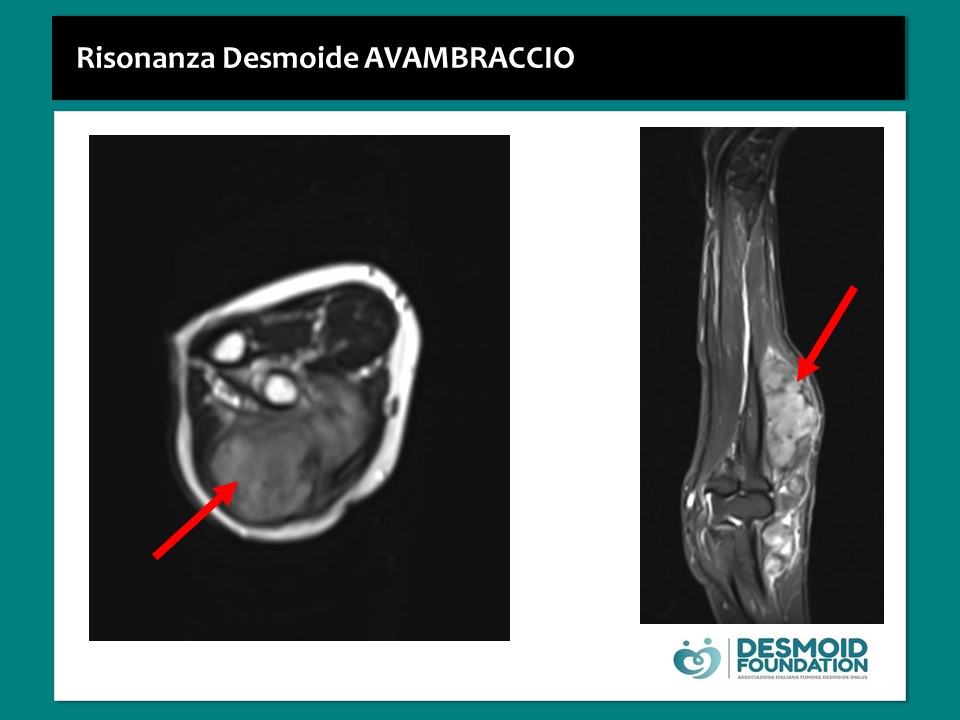 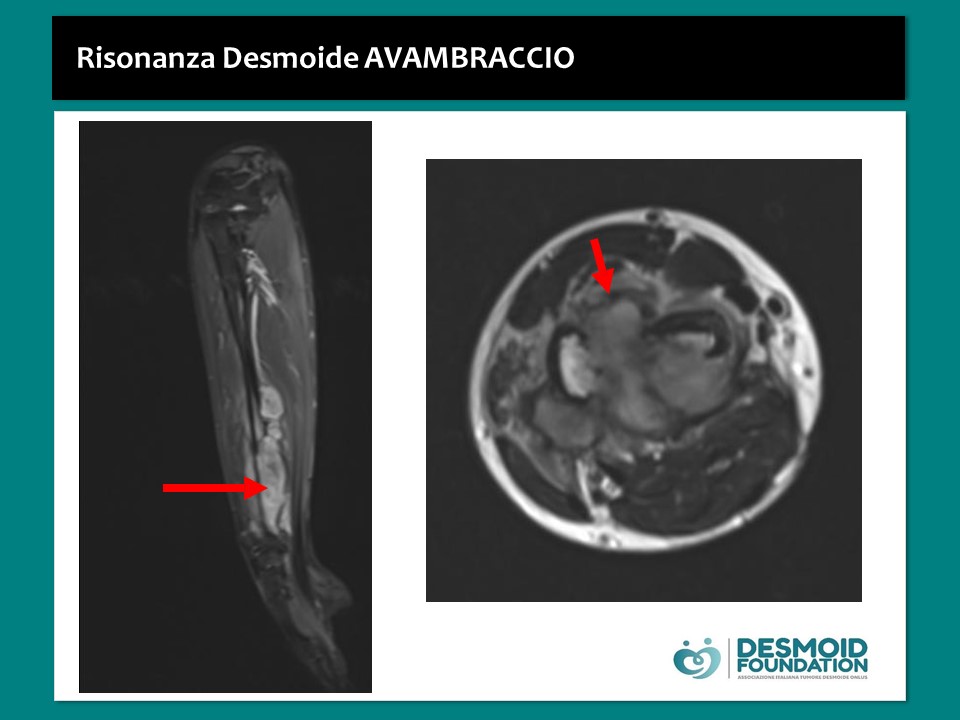 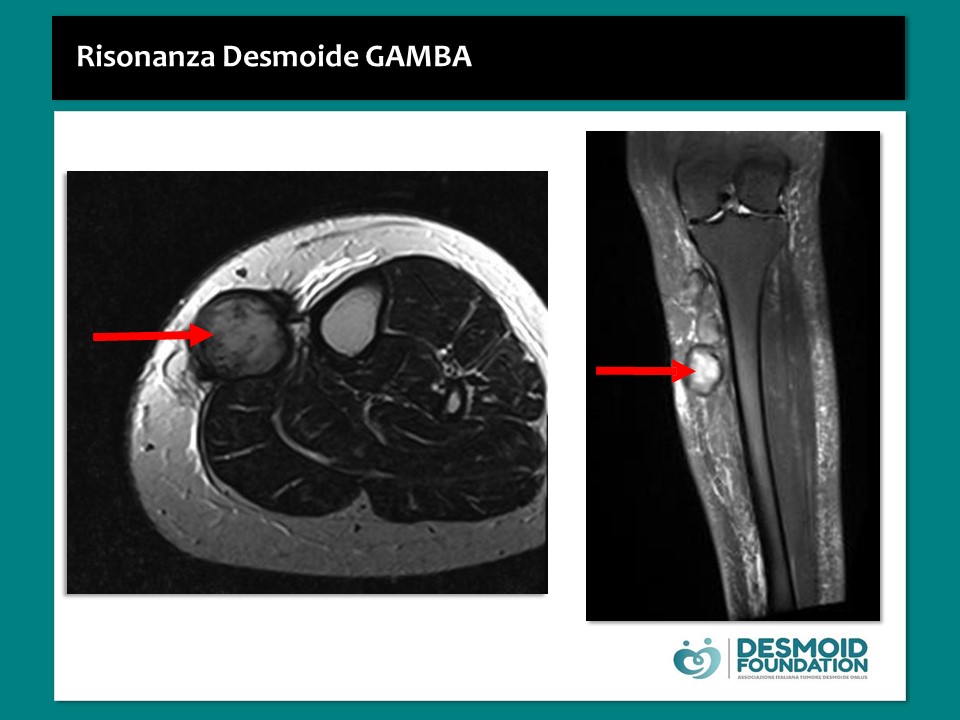 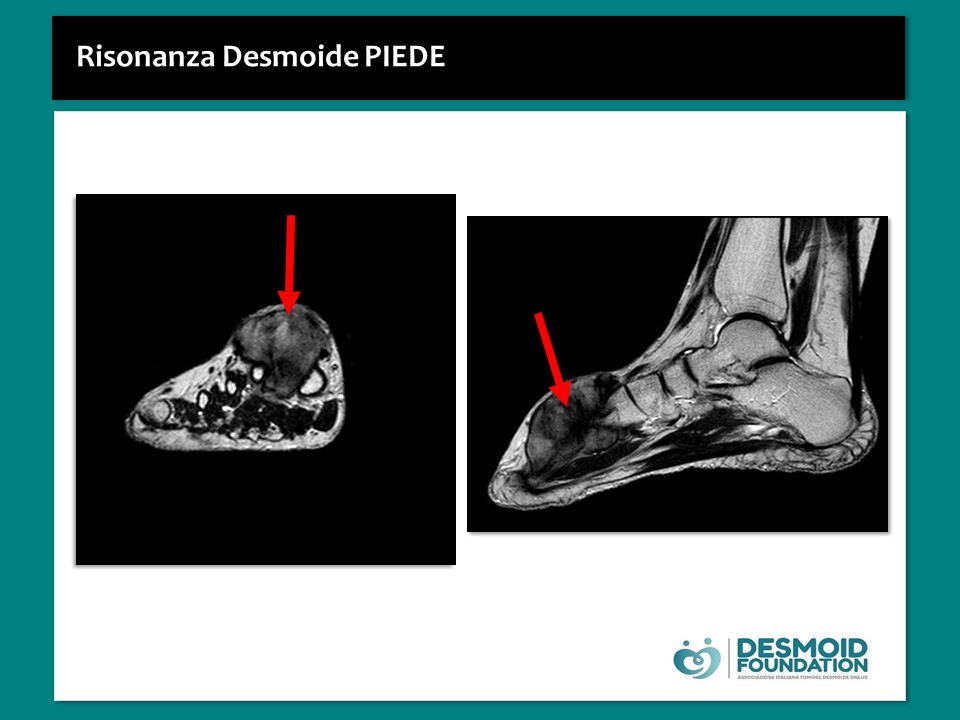 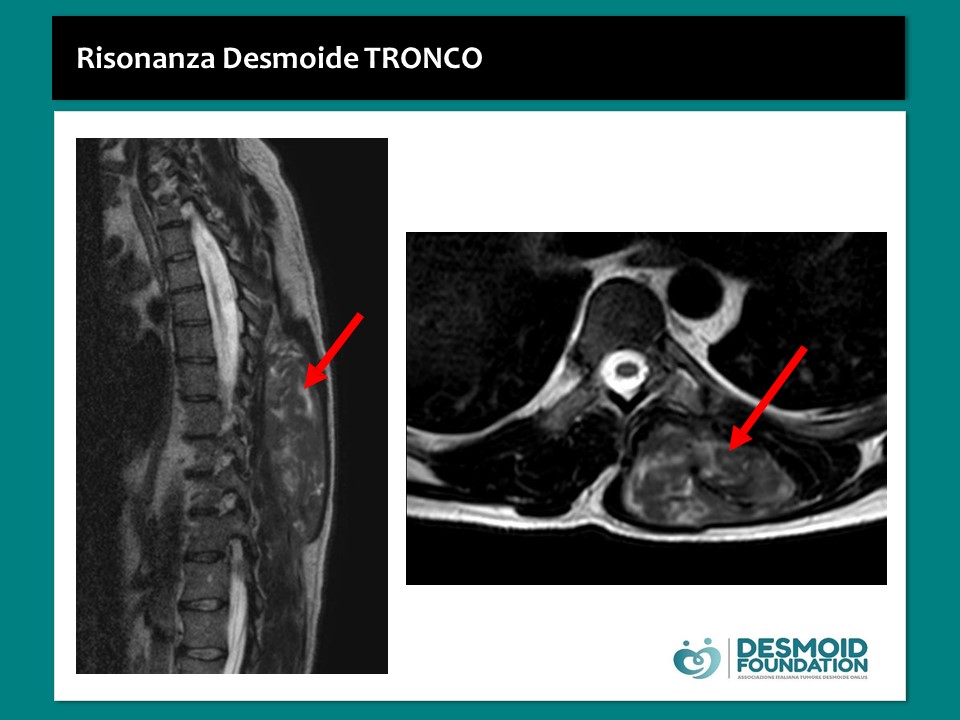 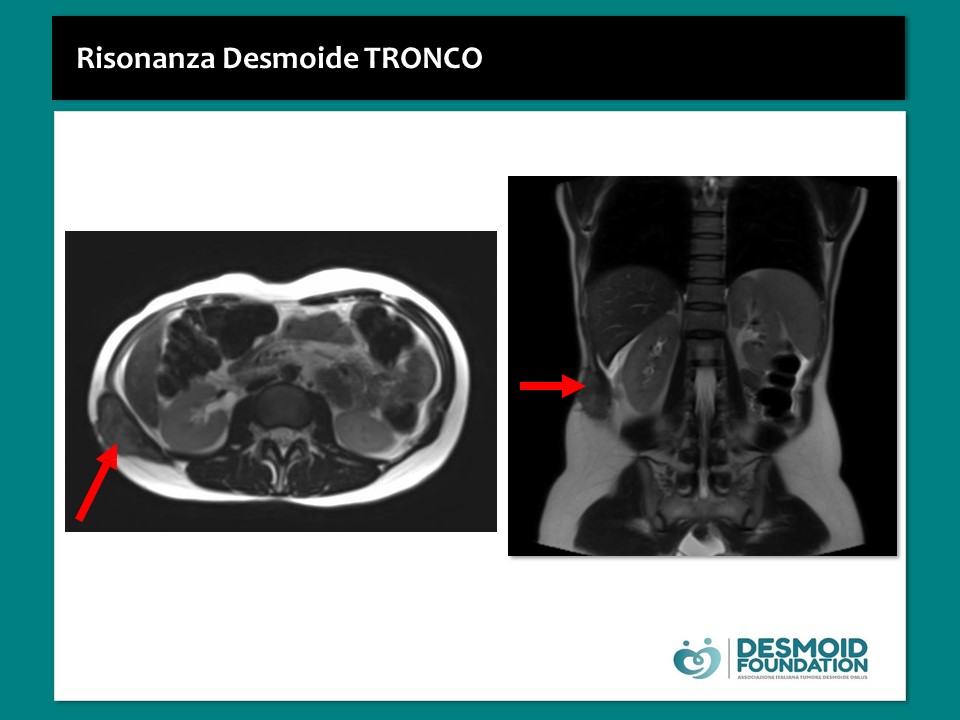 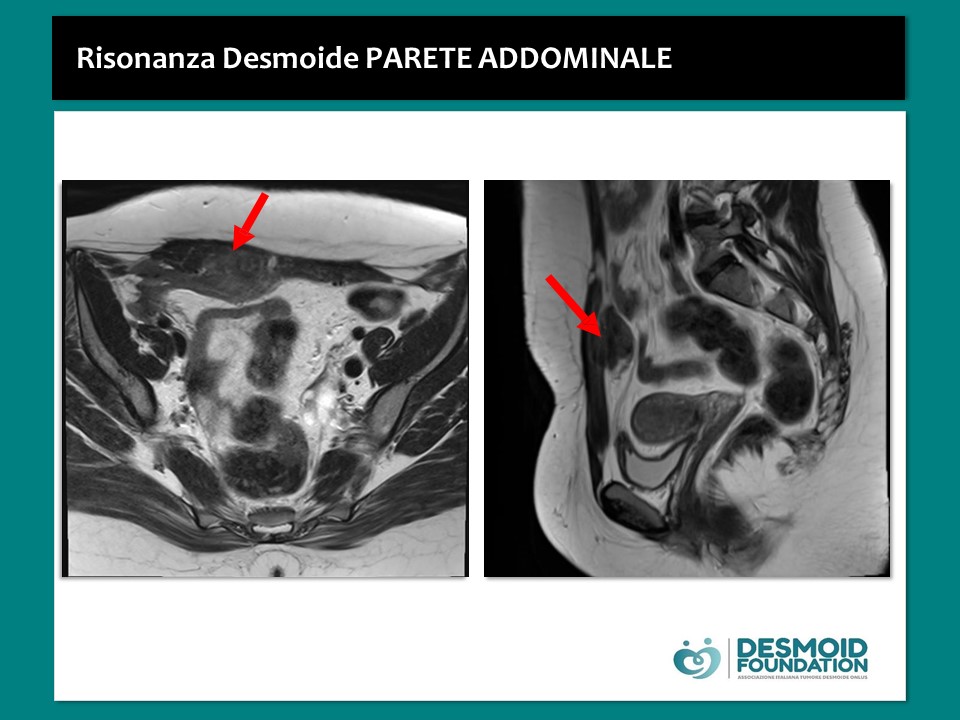 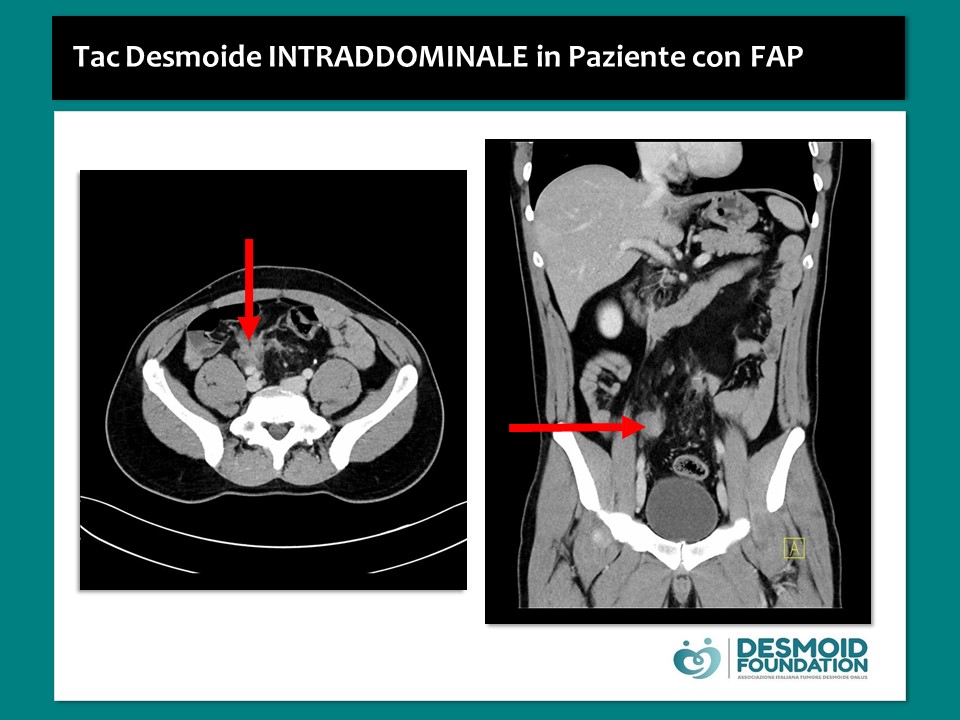 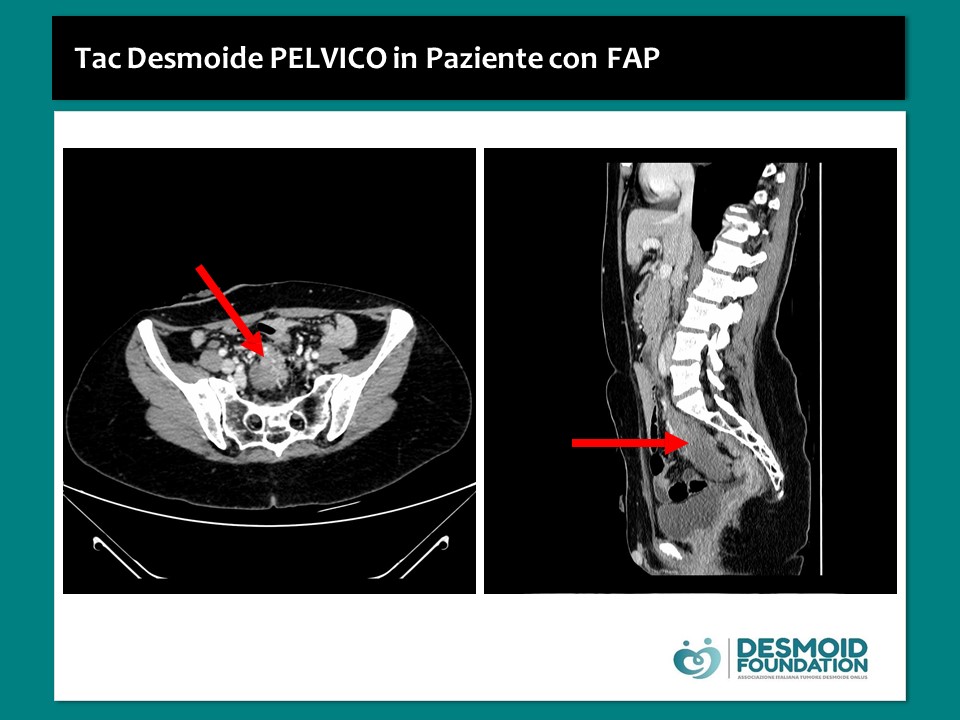 The medical content on this site was produced and reviewed by:

With the collaboration of the IRCCS Foundation of the National Cancer Institute of Milan, Departments of Surgery of Sarcomas

The Desmoid Foundation thanks the Doctors who have kindly collaborated with the Association and that have worked to provide complete information to patients affected by this disease.

WARNING! Informations on this site are designed to improve and to inform the patient and in general to promote greater awareness of their pathology. In no case they replace specialist medical advice. While guaranteeing the accuracy and scientific rigor of the information, DESMOID FOUNDATION declines all responsibility about informations provided on the treatments, reminding all patients to contact their specialist doctor and to evaluate with him the best treatment in a specific personal case.